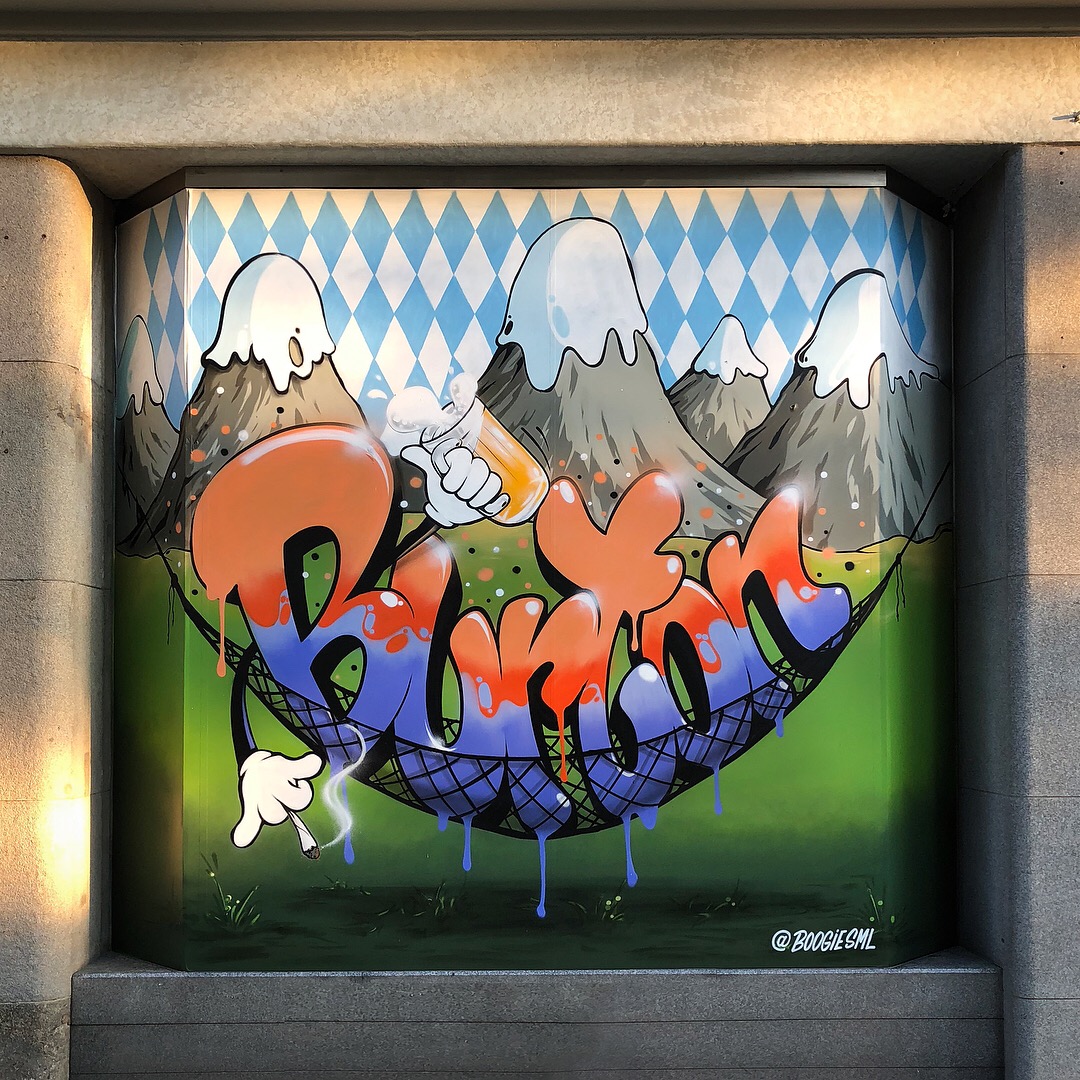 This year Burton Snowboards – who is the oldest snowboard production company I know of worldwide – opened a flagship store in Munich. I have been on a board since 1990 and for me this global player has the most genuine and friendly image you can imagine. Owner-managed and always very innovative, Burton has always been pushing the advancement of snowboarding and the lifestyle connected to it. They never forgot to put their focus on sustainability and nature. My first 10 years of snowboarding have been affected by punk rock, rebellion and stunts which I nowadays would most likely not do anymore.

This made it even more special for me to get the chance to paint Burton’s store front right at Munich’s famous Viktualienmarket which is a rather traditional and conservative part of the city. So I used my style outside to announce the opening of the new shop.

The Grand Opening took place a couple of weeks later and I was happy that I had the chance to be a part of it. The who is who of the snowboard scene like Terje Haakonsen, Grilo, Seppl Ramsbacher, Anna Gasser and a couple of oldschool legends partied hard with drinks and live music in the backyard until the neighbours started to pour buckets of water on us from their balconies.

During this crazy night I had the honor to gift Jake Burton and his lovely wife Donna Carpenter two of my personalised BOYS FROM THE WOOD. What a special moment for me! Thanks again for this crazy good and precious time! Standing sideways.