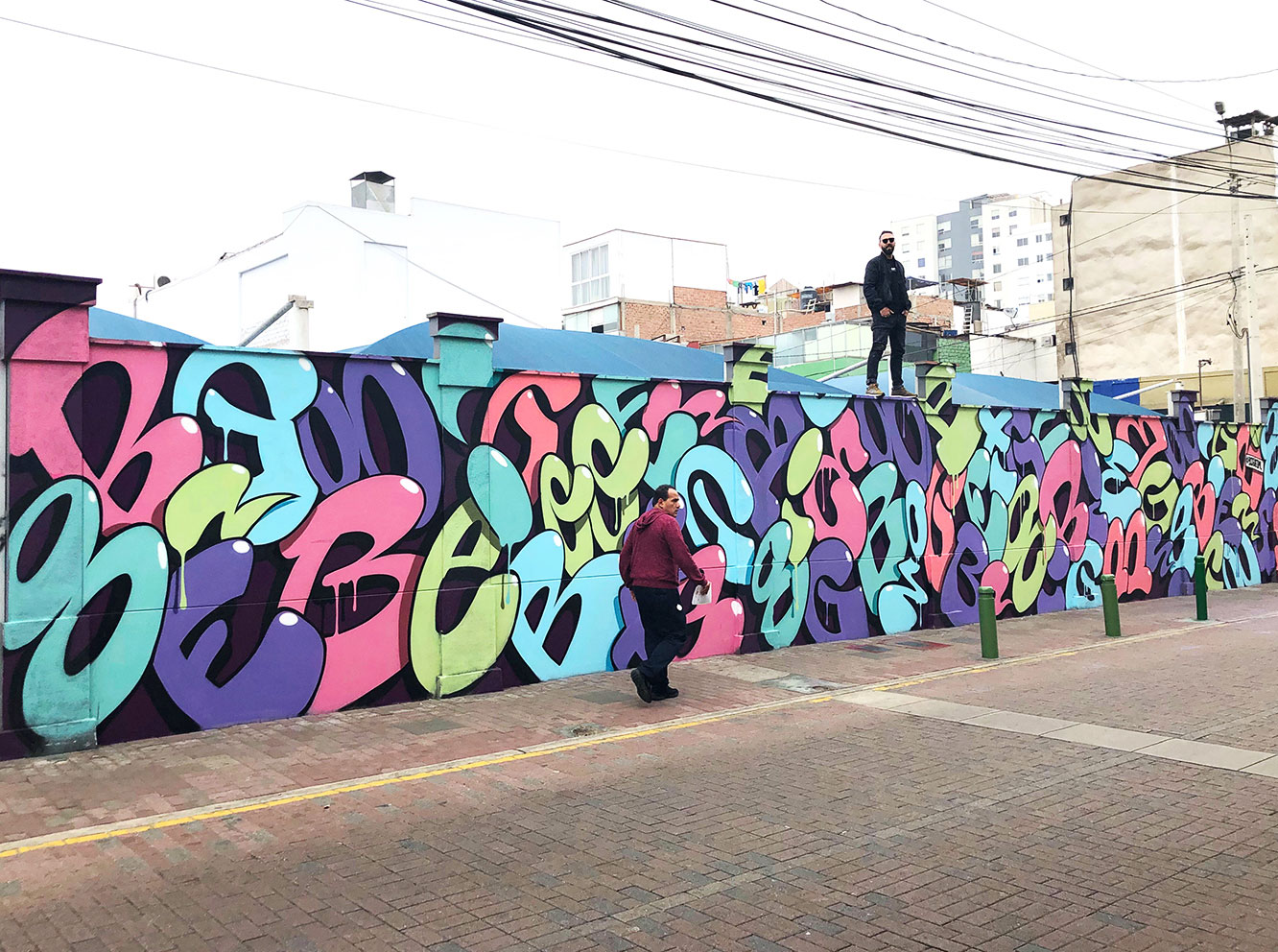 A few weeks ago I had the chance to be part of Lima Mural Project and travel for 10 days to Peru. Around 30 national and international Street Artists were invited to paint lots of walls in the area of Miraflores – a touristic but very nice district of Lima. It was the first event like this ever in Lima. During the week the team around local hero PESIMO organized different events like discussions, concerts or workshops.

Straight at the Peruvian West Coast Lima with its 10 millions inhabitants is the biggest city of the country. There`s lots going on. The main problem for me was to be a bit more easy and flexible with timings and appointments. As a German for example 3 o`clock means that you`ll be there around 5 minutes before. The South American way is a bit different. ?

But after a while i realized that I have to change my way of being so strict and I took it easy.

But hey: I was getting to know the Peruvians as super friendly and heartly humans who love to have good food together as often as they can. With my buddies Alex Senna from Brazil, Cix from Mexico, Zoueh from Los Angeles, Musik from Lima and me there developed a little crew which explored Lima, was getting to know lots of new people, painted as much as we could and…for sure we were eating almost everytime.

Thanks again to the gang of LIMA MURAL PROJECT for the invitation and the incredible time. I felt in love with Lima. 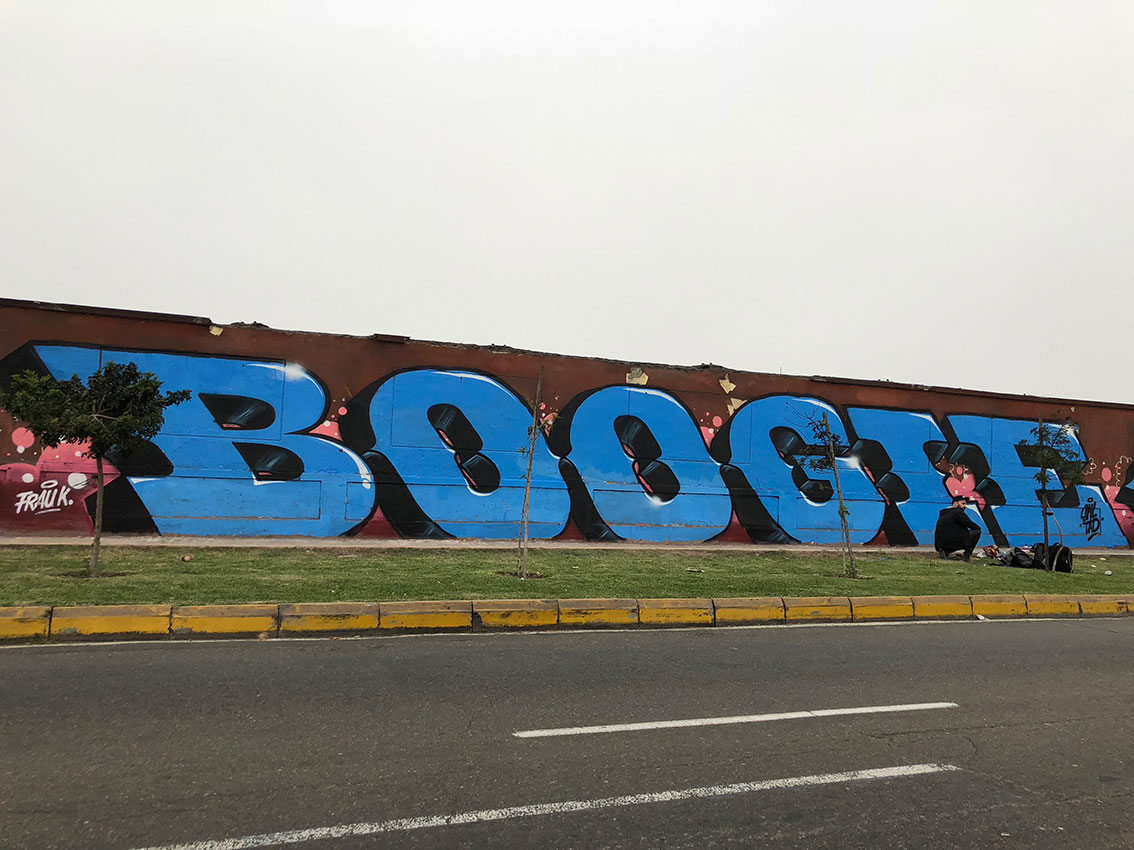