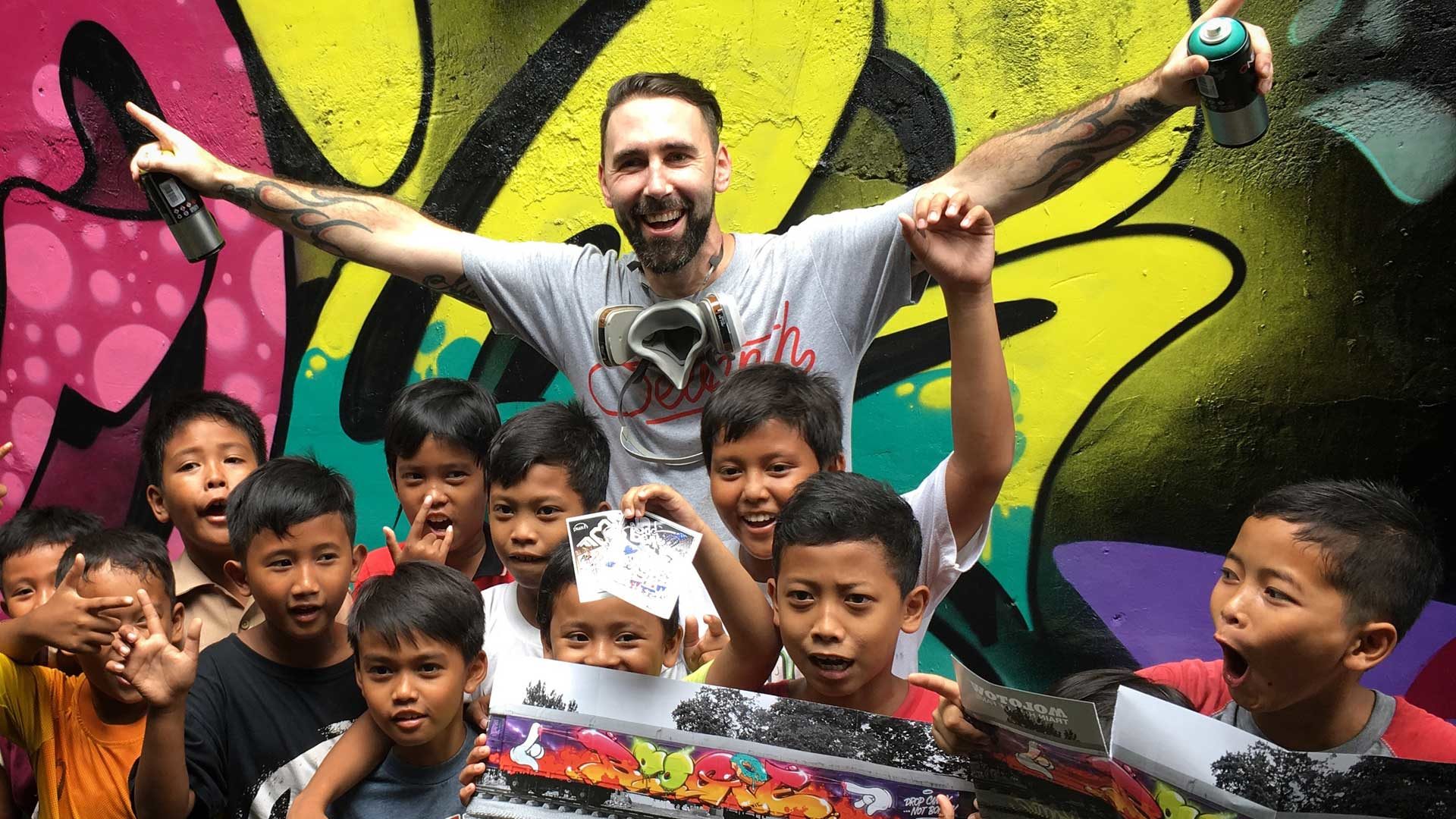 Already in March last year I received the first email, if I’d be interested to be a part of the 10th episode of the graffiti festival Street Dealin in the Indonesian capital Jakarta. I’d already heard about it from my good friend Dave Bonzai, who took part in the festival the year before, that this is one of the biggest festivals of its kind in Asia and also very well organised by amazingly friendly people. So – no question – I was in. Also on board for this adventure: „The Frenchie“ Nilko White – a good friend with whom I’d already been in St. Petersburg/Russia and with who I knew I’d have a great time with and my crewmate Zmogk. I was really excited to travel to Asia for the first time ever.

Also in terms of graffiti Indonesia is an emerging country, if you wanna put it that way. The graffiti scene is rapidly growing and the zero tolerance policy of Jakarta – EVERYTHING which is painted in public space is going to be buffed with gray paint immediately and believe me, there is gray paint all over this huge city – can’t stop this subculture from growing. The kids and a big majority of the population love graffiti, even though it’s a quite expensive hobby to spend your time with. So the guys from GARDUHOUSE – which is kind of a youth club, place for kids to hang out and crew – started to regularly organize jams, exhibitions and parties. They even have their own shop to sell cans.

After arriving on the 6th of December the GARDUHOUSE team picked us up at the airport, made a quick stop with us at our hotel to change from winter wear into shorts and after that we already started painting. Those impressions were almost overwhelming: crazy traffic, the heat, tons of excited kids – wow, I was stoked to be there. Lots of walls in the neighborhood of GARDUHOUSE had already been prepared for us to paint and so we got going. I loved the atmosphere there – everybody was friendly and excited to have us. I’ll always remember that smell of BBQ in combination with the local cans – man, I can tell you, Molotow, Montana and Co. smell like perfume compared to this. But after 30 hours of traveling, a temperature change from -2°C to 30°C and quite some humidity going on, I was also quite happy to end the day in my hotel room and fell asleep right away. But the next couple of days were long …

Time was flying by in Jakarta – we painted wall after wall, had tons of crazy fun out in the streets and I started to learn to enjoy spicy food. I met a lot of really cool, amazingly friendly and sweet new friends from all over Asia – thank you so much for being so open minded – who I’d love to see again in the near future and on the goodbye party of our last night in Jakarta they forced my to stage dive and crowd surf again after 15 years – I guess I was quite a giant for them. For the very first time in my life I spoke on a press conference, tagged 100 dollar bomber jackets and drank Luac coffee, which is made out of the coffee beans which cats eat and shit. And this list could go on forever – Indonesia had just so many „first times of“ in my life.

But the most important thing I learned during that time: Indonesia is the country with the most muslim people on our beautiful planet. We’ve never ever been asked weird stuff about our origin, our believes or our habits and customs – even if they must have seemed weird or wrong from the point of view of another culture. It was rather the opposite: we’ve been treated with the highest respect and everybody gave us the feeling to be more than welcome and a part of the GARDUHOUSE family. This felt awesome and once again my motto „What you give is what you get“ felt 100% right. Just be open where ever you go and enjoy the positive influences of different cultures!

I can’t thank the GARDUHOUSE crew enough for letting me be a part of this amazing event – it seriously was an honor for me that I had the chance to be a part of it. Terima kasih for this awesome time – it was a once of a lifetime experience! You have shown me your home and gave me a great impression of your country. For sure we’ll see each other again – no matter where. Sampai jumpa!

Next stop: an invitation of the DISTRICT SHOP Crew to Kuala Lumpur, Malaysia. 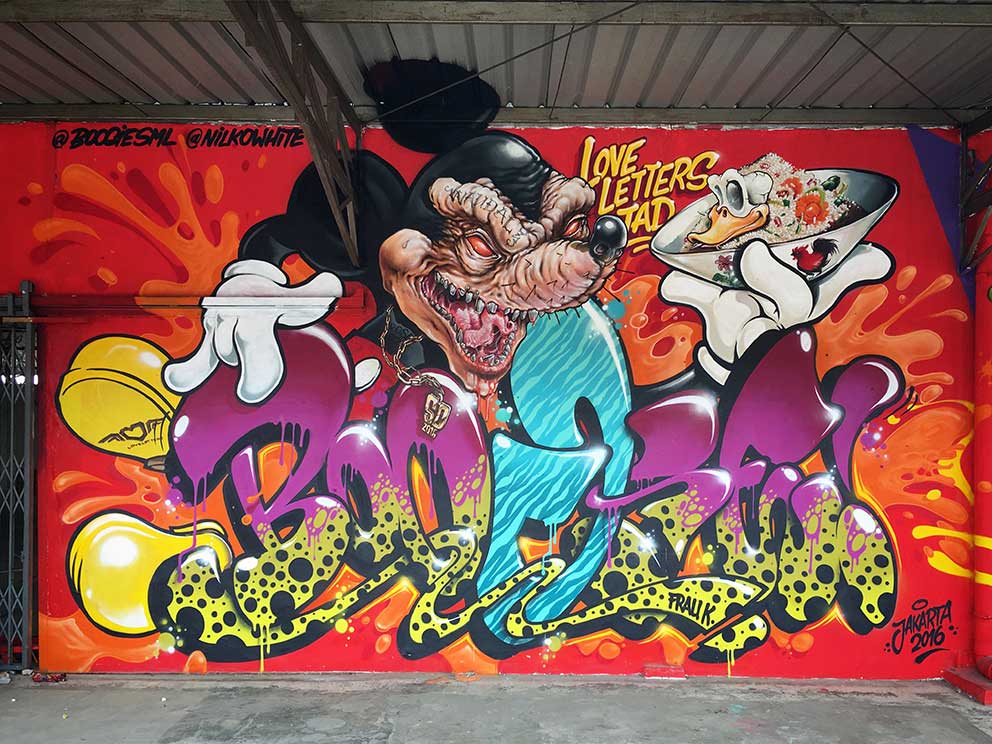