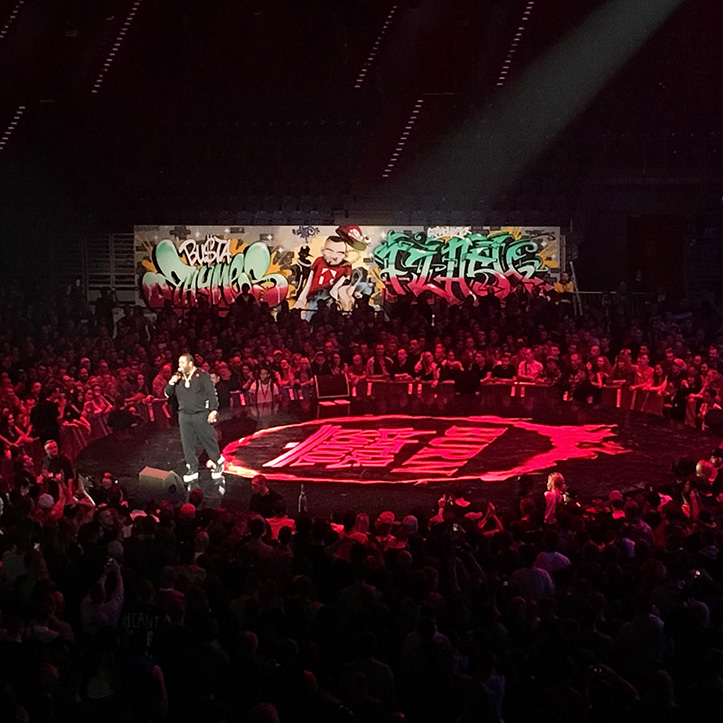 Last weekend I was invited to travel to Krakow in Poland to be a part of the BurnBattleSchool. It was my first time in Krakow and I really enjoyed it. Usually my graffiti trips are not on the luxury side, but we got really spoiled this time. The BurnBattleSchool is an HipHop event with all the traditional elements of HipHop represented. So my good friend INKIE from Bristol, his buddy CHEO and myself were Team Graff. Our job was to paint several walls and areas around the stage and the main production during the concert of GRANDMASTER FLASH and BUSTA RHYMES – wow, the heroes of my youth. And imagine getting shoutouts from them while they had their show from this massive stage. That was not bad at all. After the concert it was a couple of drinks and food backstage. Let’s put it that way – it was a long night with my buddy from the UK. I’m still smiling when I see the pic with Busta where Inkie and I look like lil boys next to that huge guy. The next day before I had to hop on the plane again we took some time to walk around the city. And I really wanna come back and I’d love to paint a wall in the city. Poland, you rocked.